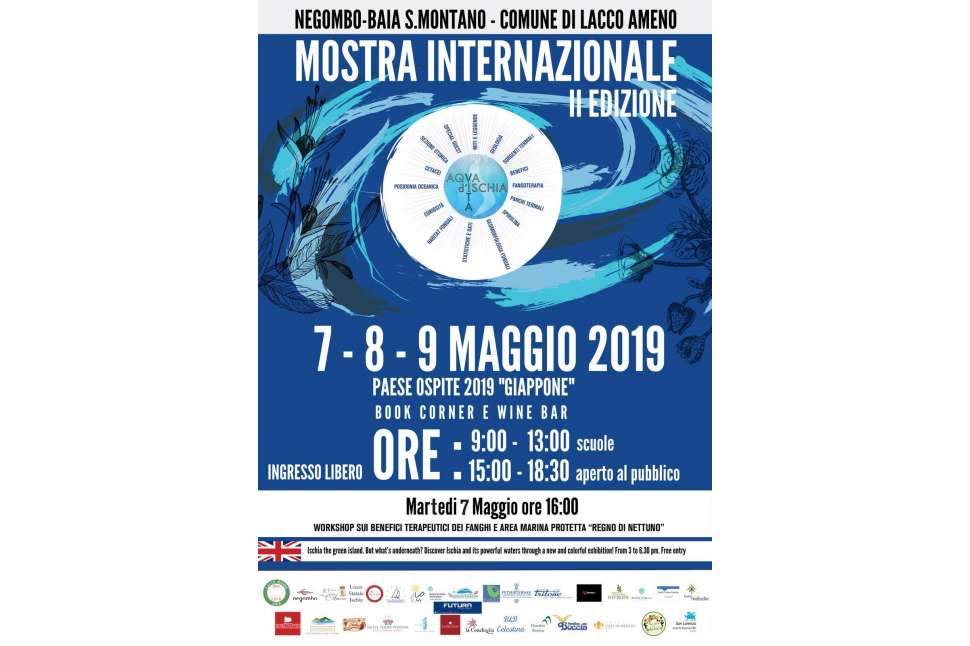 The poster of the exhibition

In May, AQVA D’ISCHIA returns, the exhibition dedicated to the beautiful green island and its sources with the aim of involving young people in greater knowledge of their territory, which is often underestimated and mistreated. An event, now in its 2nd edition, which aims to connect schools more to the needs of the area, transforming a cultural project for children into a tool for pure tourism promotion, useful for producing an economic return to the whole island.

The exhibition was held at the Negombo Thermal Park in Lacco Ameno on May 7-8-9, an opportunity for residents, Italian and foreign guests (the exhibition is held in two languages ​​Italian-English) to explain, in simple language, a multitude of information on Ischia and its subsoil. We all know the island for its beauty, but ... have we ever wondered what's underneath? Why are there so many hot springs? Why are these waters so beneficial? How do they get into our body and heal us? What are the legends, curiosities, history and protected areas of the island that we do not yet know?

This year the exhibition presented new and interesting sections created with passionate experts and teachers, while the Country Guest of Honor will be Japan, in 2nd place in the ranking of the countries with the greatest thermal tourist turnout.

A wonderful thanks to them for having had the courage to invest in medium-term projects like this, which may not see their results immediately, but produce unimaginable effects in the medium and long term. Admission to the exhibition was free and was held from 9:00 to 13:00 for schools, from 15:00 to 18:30 for the public.

The inauguration ceremony took place on Monday 6 May at 4.30 pm at the Negombo Park in Lacco Ameno where the schools and students who participated in the project, the institutions, the press, the authorities and the Japanese delegation in Rome were invited. .
The path to this page is Home » Events » Aqva 2019 Exhibition
You may also like Ipomea, Santa Restituta, Ischia Safari, Banqueting, Urban Sketchers e Negombo By Night.