"Il Volo" adds to the other works in a surplus of meaning that only artistic invention is able to give because it alone is able to transform the art of the garden into a garden of art, making it the theater of human events.

We can consider the artistic intervention on the Island of Ischia by Giuseppe Maraniello, Neapolitan of origin, a return to his own land, or Haimat, in its ancient roots, from which the magic and the poetically and subtly metaphysical vocation of his research and his work.

The installation of a new work: "Il volo", a hermaphrodite angel, in the Negombo thermal park, designed by the landscape architect Ermanno Casasco, is a comeback in grand style. A work designed specifically for that place, inaugurated on May 22Th, 2004 in conjunction with the second edition of the market exhibition, "Ipomea del Negombo".

The hermaphrodite angel of flight that settles on the crags of Negombo, the deepest and wildest part of the thermal park, in the rock that dominates the complex of caves, pools and water collection tanks, which opens up among the thick paths, hovers towards the sea.

Figure only hinted at, pure form despite its size (4.10mt, 13.45ft wingspan, in bronze), it is a clairvoyant eye that hovers out of time and space like the flying men of Goia who have their gaze fixed on Utopia. 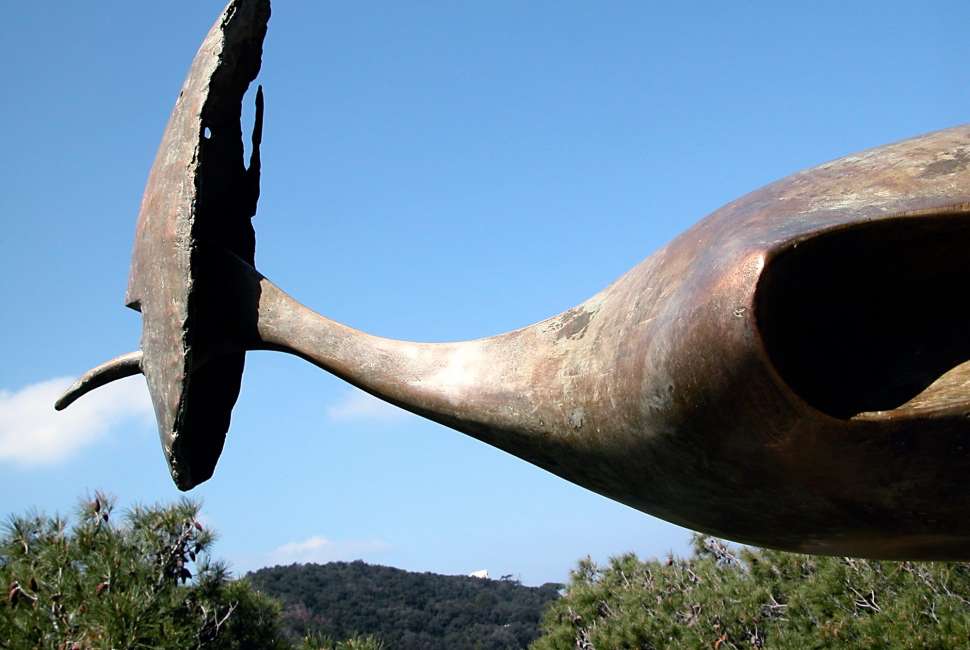 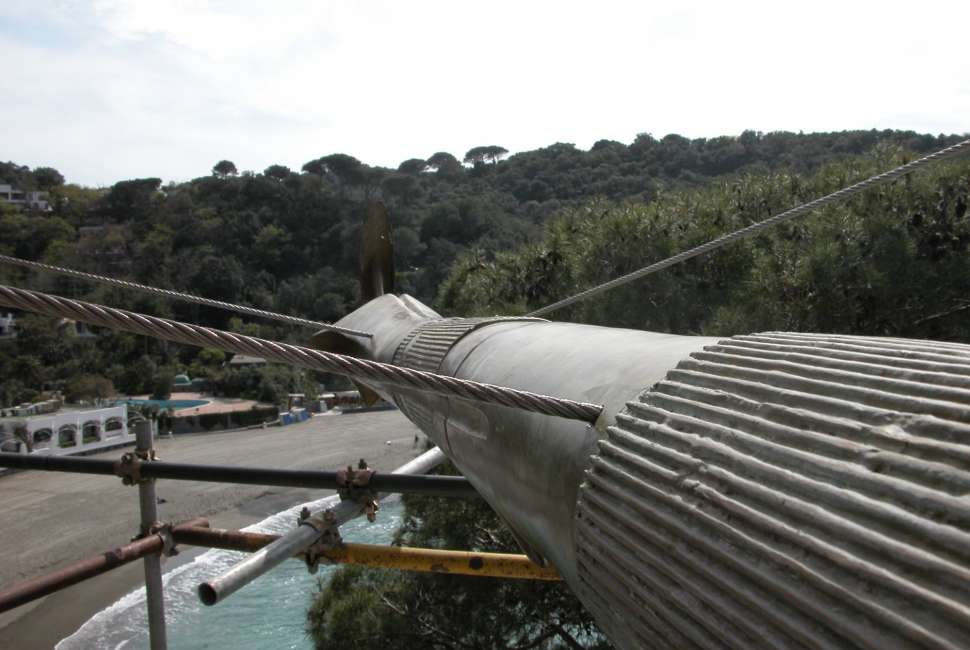 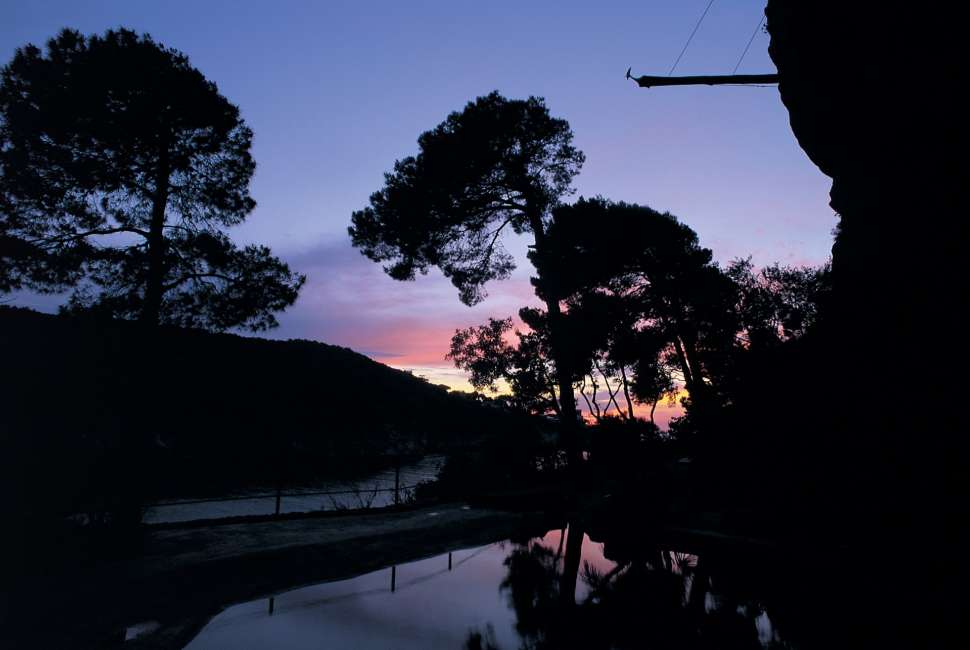 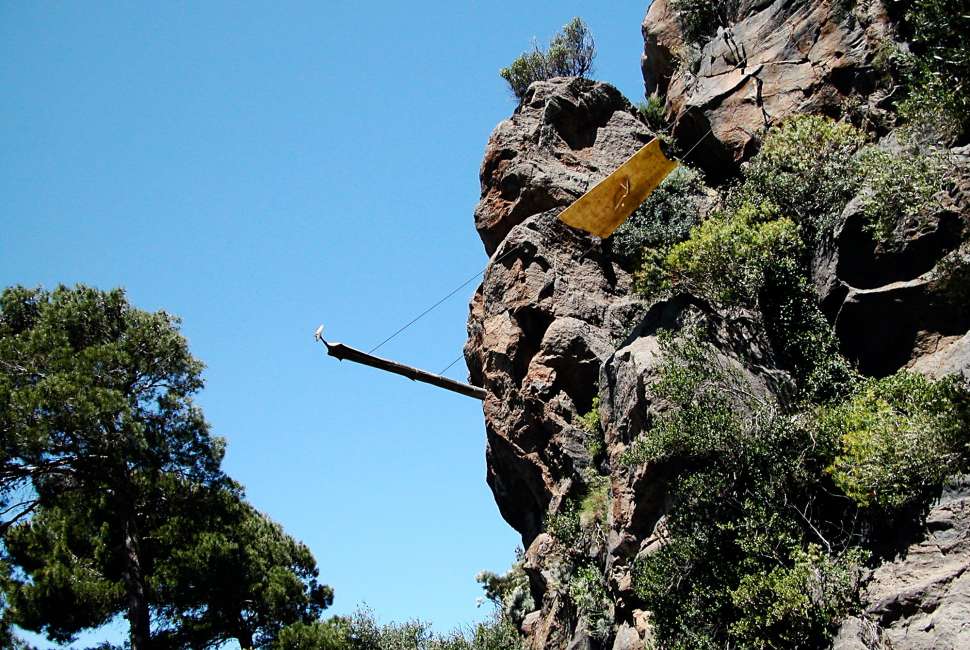 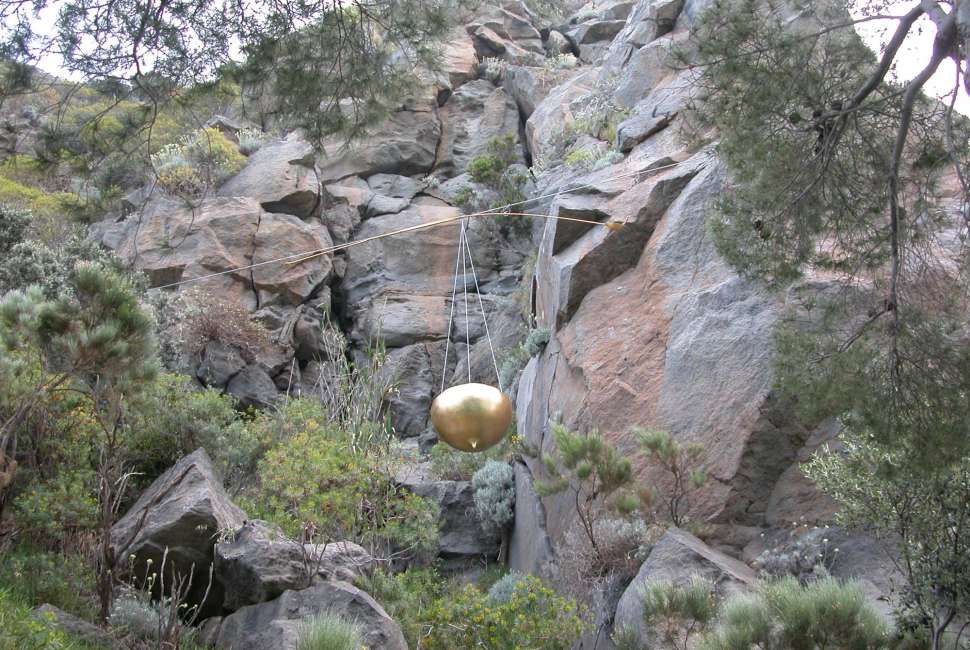 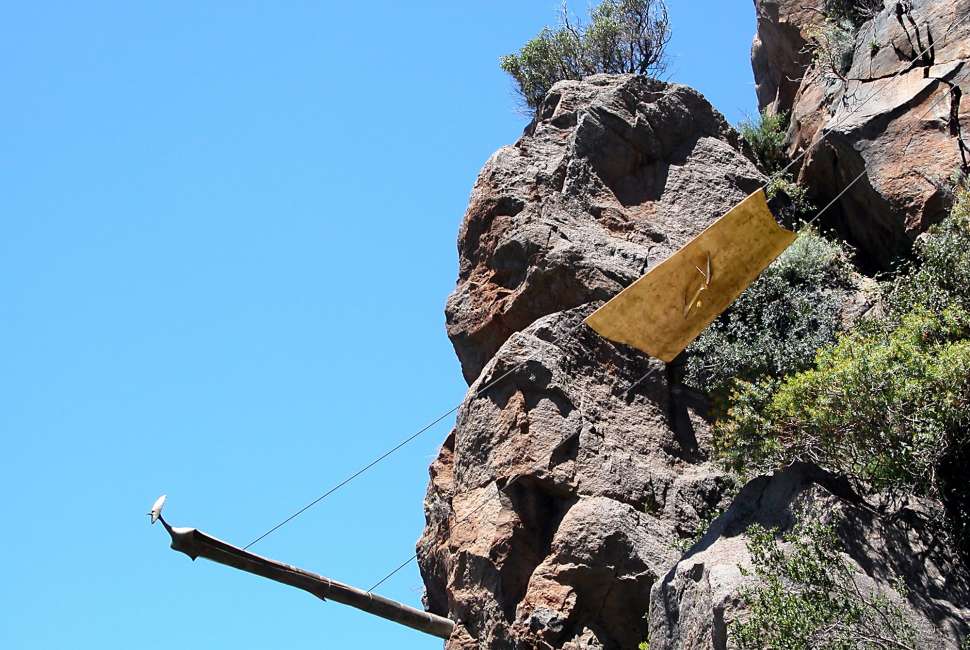 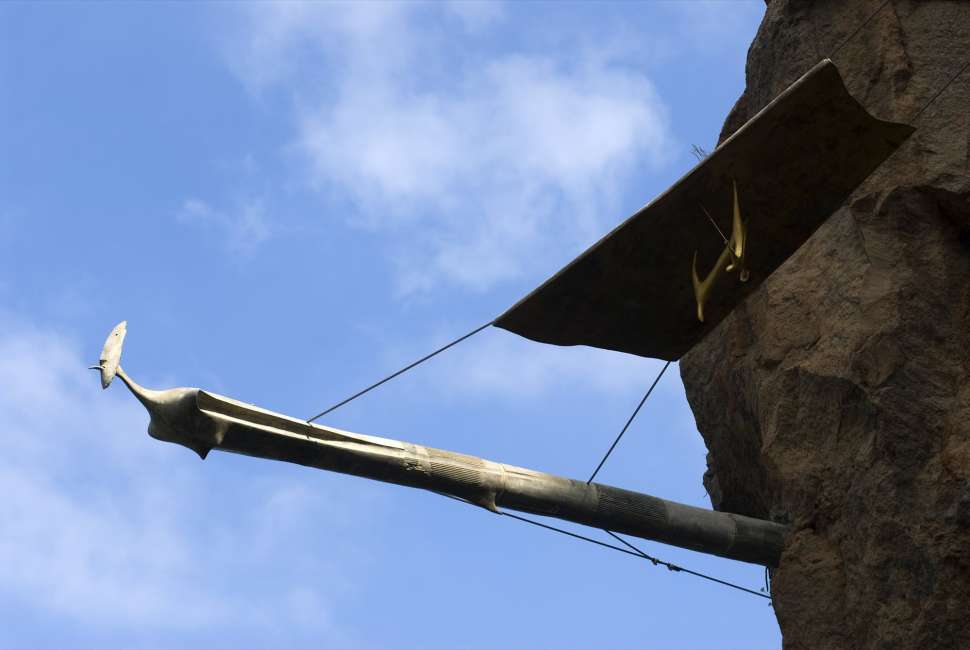 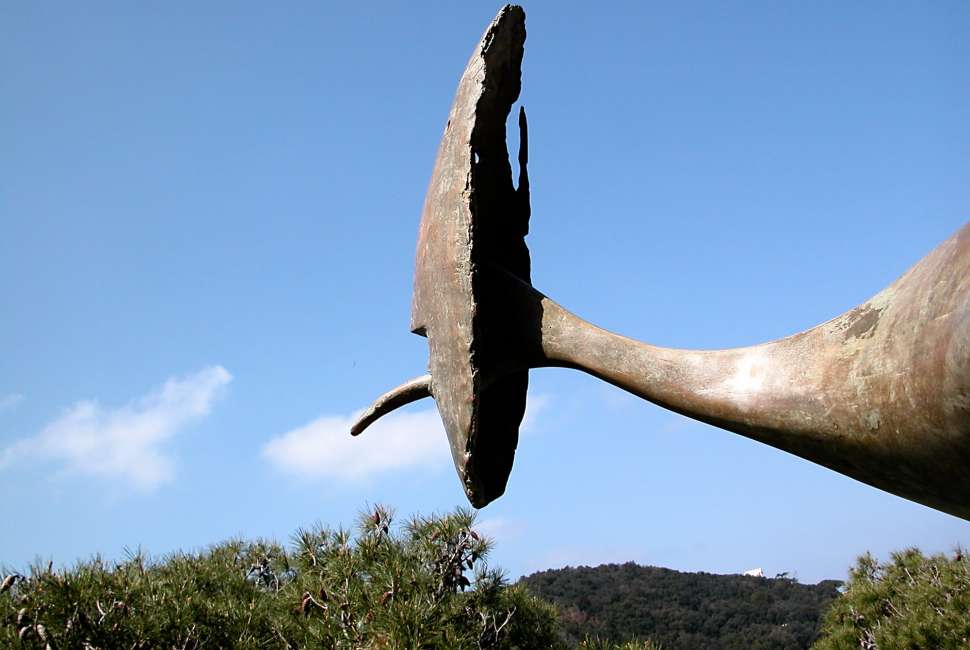 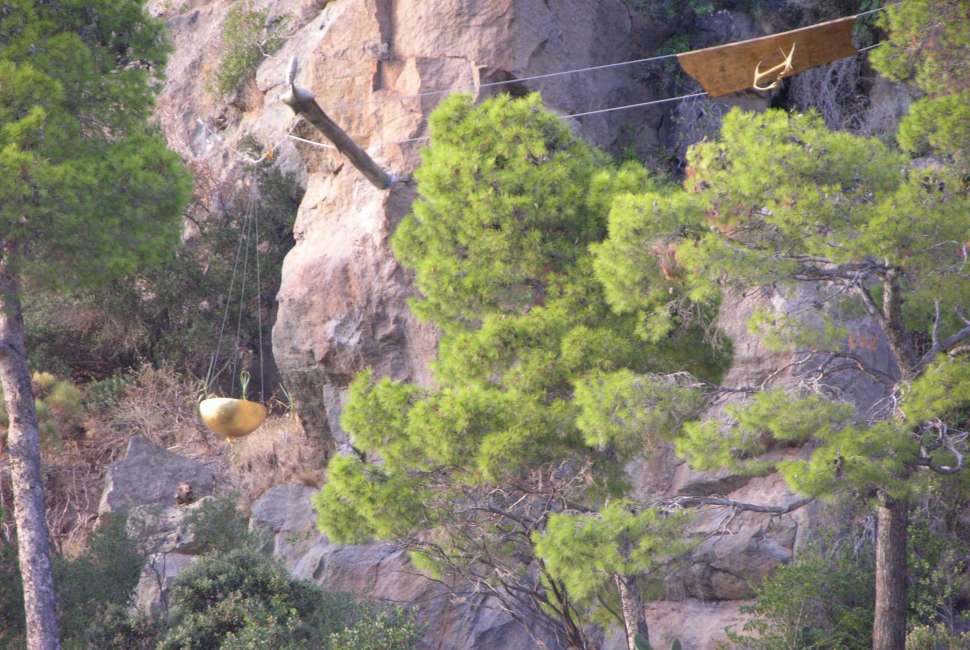 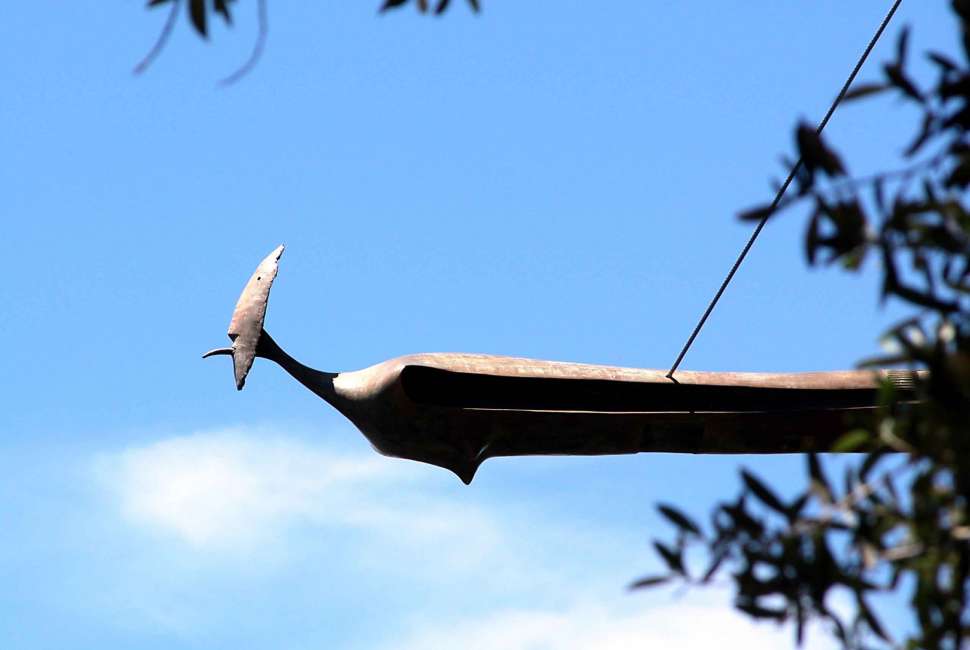 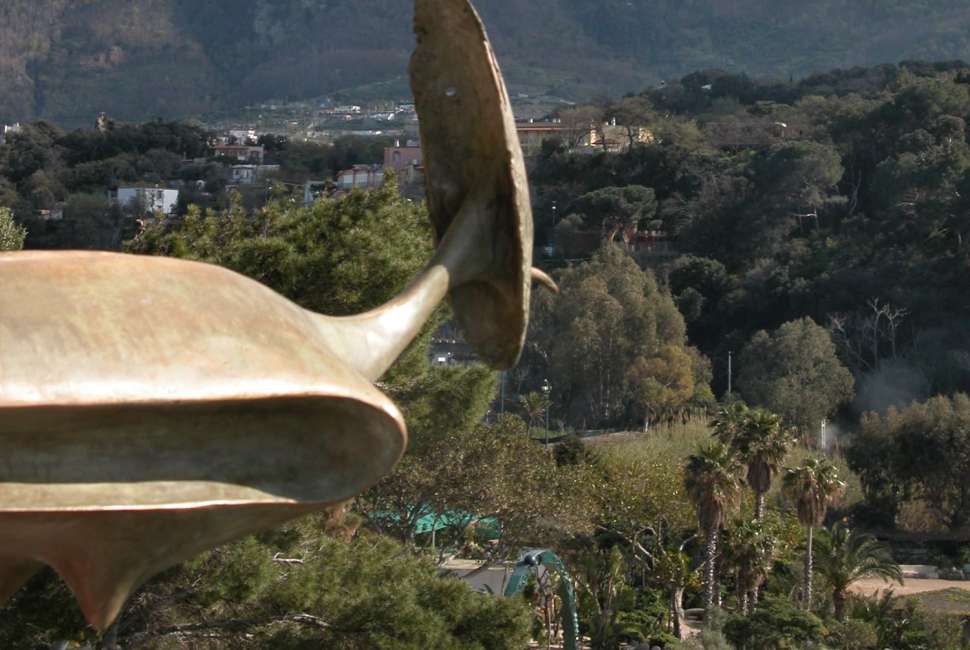 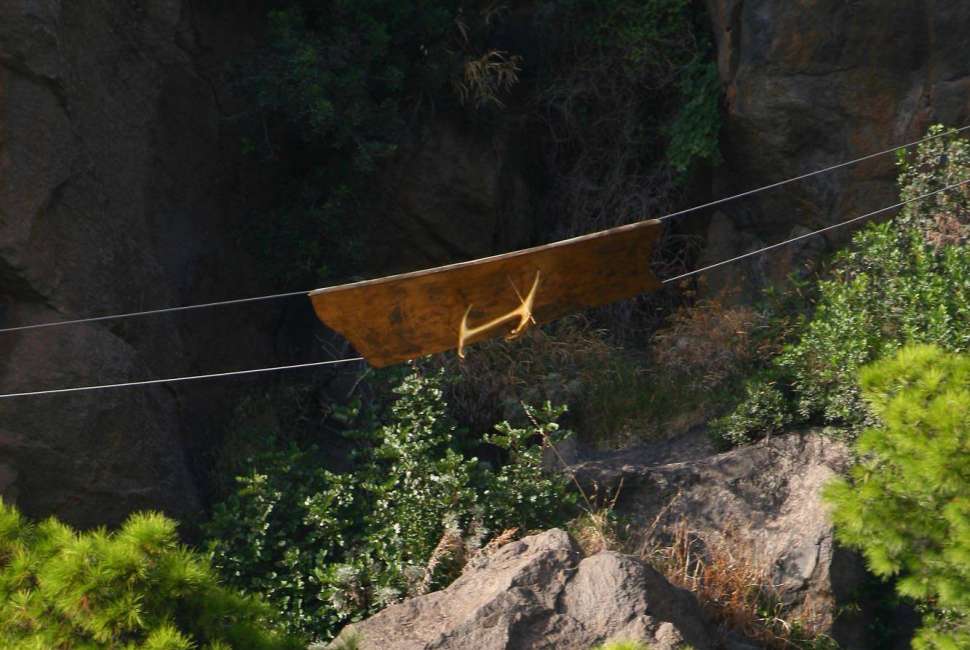